There are tons of cozy little streets all over London known as “mews”. On my daily stroll to Paddington station from my hotel last year, I passed a couple of these and decided I would looove to live on one of these (often dead-end) streets were money no object. See, money would have to be no object – properties in these locations are seldom less than £1 million and often millions run into the multis. Yikes.

These courtyards sit at the end of arched, narrow, cobbled lanes, making them even more intriguing and exclusive. The covered arch (see the last photo below) shuts out a lot of local noise even on a thoroughfare as busy as Praed St near Paddington Station. 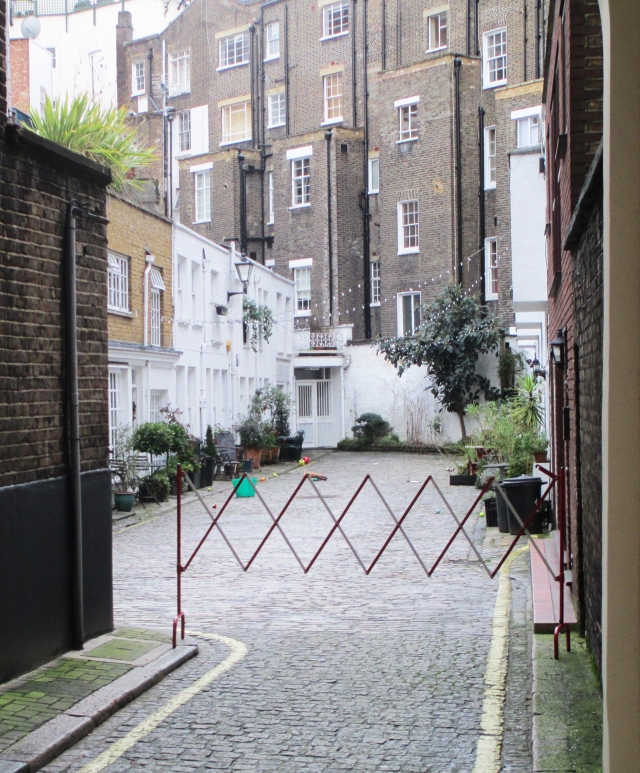 Note – Most of these properties are freeholds, meaning outright ownership of the structure and land (the typical American model of property purchase), rather than leaseholds, which is essentially a variable term rental – sometimes up to 90 years – with a bunch of additional rules that don’t have an American equivalent of who-owns-what except for maybe the regulations surrounding mobile home park properties (and THAT is a bizarre comparison since it’s all the way at the other end of the income scale!)

In the end, of course, unless I win some 7 or 8-digit lottery pile, none of this really matters.

Even so, I’ll be seeking out more of these snug byways on future visits to London.