If you are an Anglophile and/or history buff (both of which I am) and you haven’t read The King’s Grave, by Philippa Langley and Michael Jones, put it on your reading list. Ever since Richard III – or what was left of him -was uncovered in a Leicester city parking lot in 2012, the discovery has intrigued me and I enjoyed this exciting account of the whole story immensely. The book’s chapters alternate between recounting Richard’s life and times and telling the modern tale of theory, documentation, fund-raising, permissions and ultimate discovery.

Before I’d reached the last page, I was determined to ‘visit Richard’ in Leicester. Let’s not quibble about whether he should have been interred in York Minster instead. His memorial stone in Leicester Cathedral and final resting place in the church’s crypt below is a damn sight more fitting for this last English king killed in battle than the barely consecrated pit where he’s spent the past 520 some-odd years. Besides, much as York might have a claim, they’ve already got plenty of visitor income; Leicester – not so much. It’s just too bad his feet weren’t found along with the rest of him, probably destroyed during previous building works in Victorian times.

Apologies for some of the crummy images; put it down to my excitement! Note the white roses at the base of the statue below. I’m assuming it was the back-up location because the Cathedral didn’t want rotting roses lying all over the memorial inside the church. 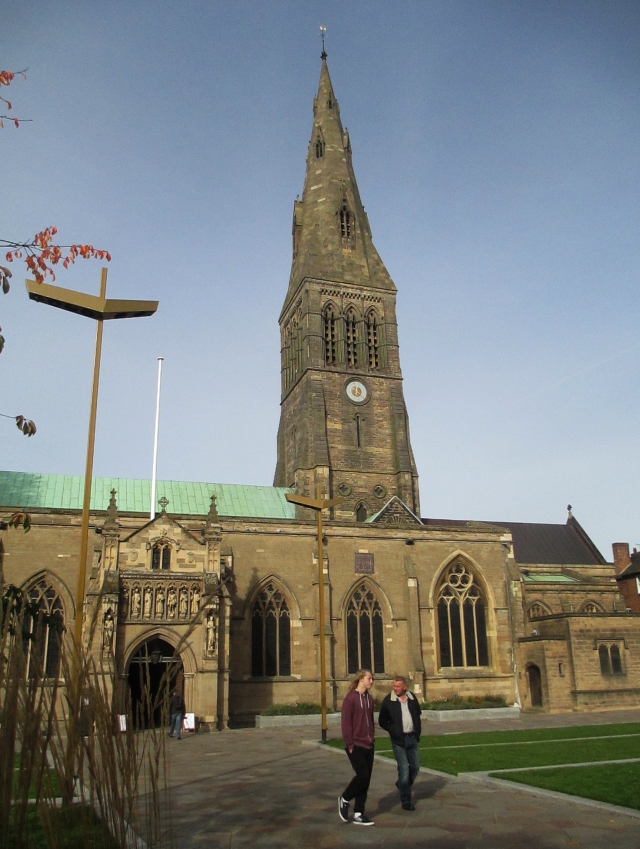 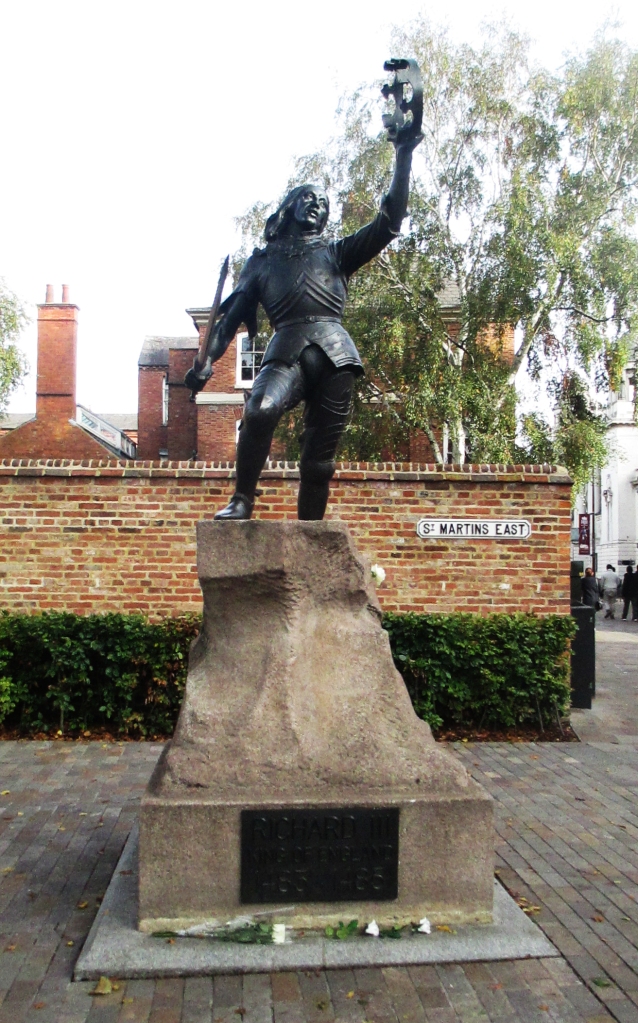 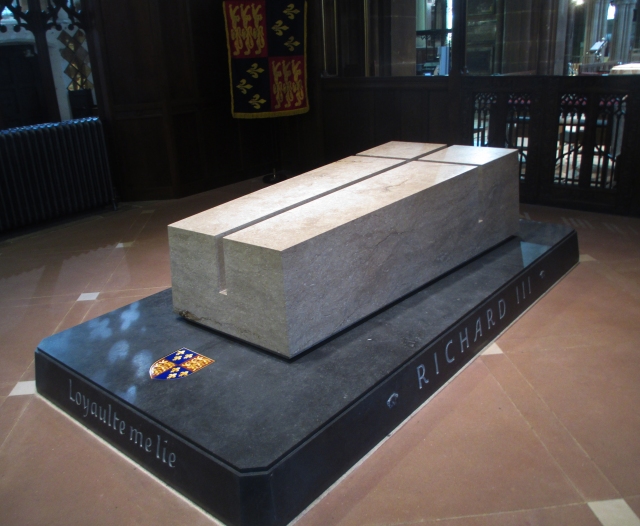 Richard’s memorial stone in the chancel

Richard’s morning view above the altar

Here is a short video from the BBC of the cortège which brought Richard to the Cathedral last year.

My photo of the funeral pall didn’t come out, but here are links to the designer and the textile. Note that there are two designs, on opposite sides of the piece. Wish I could have included a stop at Bosworth field but the head cold that was settling in for a long stay shortened my day. Next time.

One last thought – one of my all-time favorite books is The Daughter of Time by Josephine Tey. Though a work of fiction, it spins a terrific tale – the main character, while laid up in hospital, tries to figure out the fate of the princes in the Tower and what role Richard did – or didn’t – play in that event. Written in 1951, but intriguing all the same. I expect I’ll be rereading it soon.